One of the main objectives of CascEff has been to develop an Incident Evolution Methodology
(CascEff IEM) to support the understanding and modelling of cascading effects, i.e. dynamically spreading of disturbances between dependent systems within a given territory.

The Incident Evolution Methodology offers a decision support tool for crisis managers, critical infrastructure providers and other stakeholders at regional level. This methodology can be used in different phases (planning, preparation, response, recovery) of emergency management of small and large incidents with cascading effects in a specific region (case). 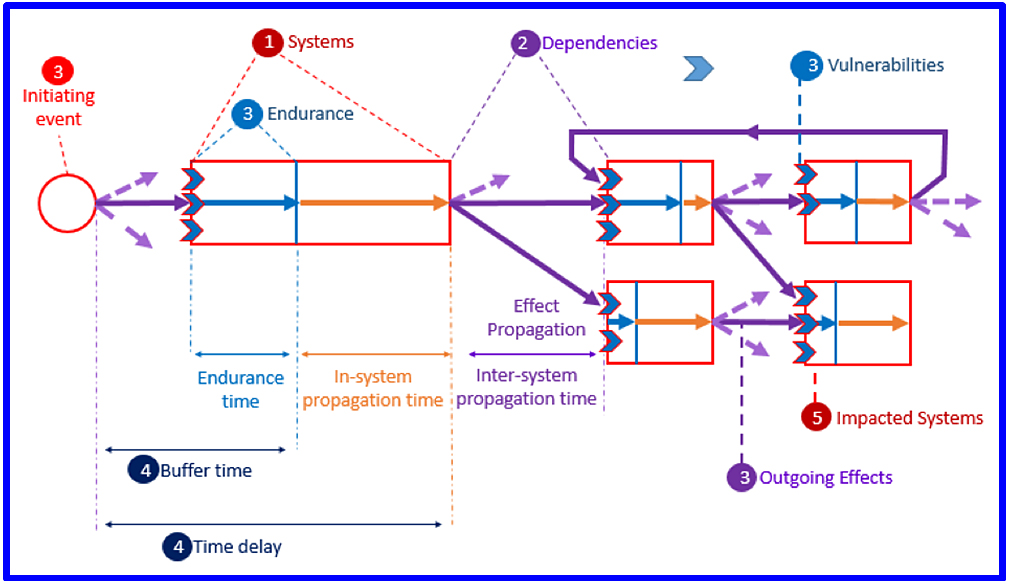 Schematics of the Incident Evolution Methodology (IEM). The numbers in the figure refer to the different steps of the methodology (listed below).

The IEM is based on systems, the vulnerabilities of these systems and the dependencies between them.  A “system” refers to a distinct societal unit (such as a sector, function, collective, infrastructure or nature resource) which may be affected by, or give rise to, consequences in another unit. Examples of systems could be an industrial site, power plant, a road, a hospital or a school, but also many other units described by any of the identified 22 system categories.

The methodological framework of the CascEff IEM is divided into six steps:

The use of the CascEff IEM is subject to an Attribution ShareAlike license.

The CascEff IEM is described in more detail in deliverable D4.2.

To illustrate the CascEff IEM, an Incident Evolution Tool (IET) was developed. It contains the basic contents of the different steps of the IEM. It is in the CascEff IET possible to define different types of systems and assign properties to these systems to determine the dependencies between the systems. The information can then be used to simulate the cascading effects as the results of a specific initiating event, e.g. a land slide, flood, fire or power outage. 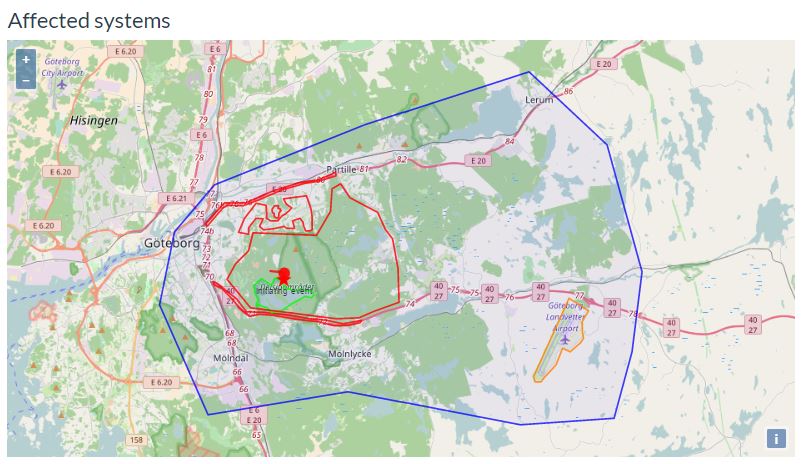 Illustration of a case (blue border) in the IET and affected systems (coloured green, orange and red, respectively) within that case.